Normally, I visit Japan a couple of times a year in order to visit with friends and get reacquainted with the culture.  Easter break is one of the times that I really like to visit because the weather is great, it’s generally sakura season (cherry blossoms) so the energy around the country is elevated since everyone is excited to be out having hanami (flower viewing) parties under the cherry trees.

This year was going to be an extra special trip because after years of saying they wanted me to introduce them to Japan, two of my friends from Canada and one from Australia were going to be meeting me in Osaka.  I had great plans to take them to cultural spots in Nara, Kyoto, Wakayama and Himeji.  We were going to do proper sushi and okonomiyaki.  Probably drink too much sake and sochu as well.  But, that obviously all got cancelled this year.  This is likely going to be the first year in more than fifteen when I don’t make a trip to Japan.  However, I’m sure (fingers crossed) that things will be approaching normal by Easter next year.  We’ll have to try again.

So, the photos are a bit of a stumble down memory lane from Easter trips gone by.  Some I’ve likely posted before, others are new.  Hope you enjoy them all the same.

The central part of Osaka has a small area called Ame-mura, or American town. Mostly for the younger set, it’s where you can find all manner of hip-hop style and sneaker shops.

In the western part of Kyoto is Arashiyama. A great place to go if you want to wander the country side. 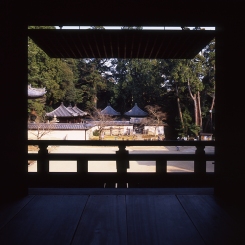 One of my favourite mountain-top temple complexes in Engyou-ji in the area of Himeji. This is where portions of the Tom Cruise movie, “The Last Samurai” were filmed. The mausoleums across the way house members of the Honda family.

There are a great many roads to wander and temples to explore in northern Kyoto.

Cycling through the Gion area

One of the most famous of the moss garden temples in Kyoto is Saihou-ji. The only problem being, you need to book in advance. By mail, no less. I recommend going to Giou-ji as an adequate alternative. 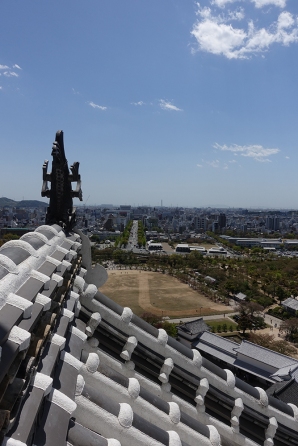 Along the Kamo river, in the Gion area, Kyotoites have been viewing the cherry blossoms for centuries

Kanazawa is on the Japan sea side of Japan. It’s a small city but it punches above its weight. 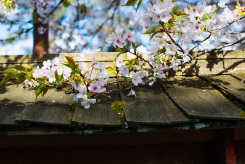 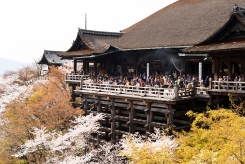 On the island of Shikoku is Konpira mountain. At the top is not only a great view, but the Shinto shrine Kotohira-gu 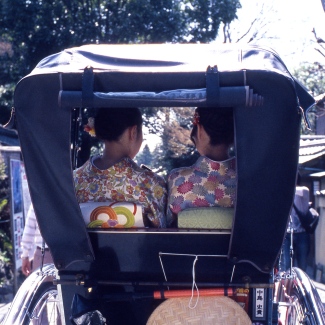 One of the best parts of spring time in Japan as far as I’m concerned is that all the kimonos come out of hiding. 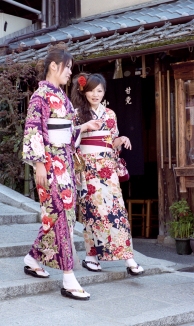 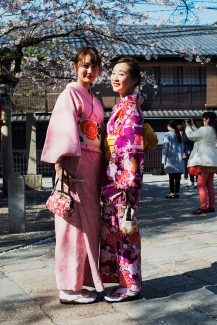 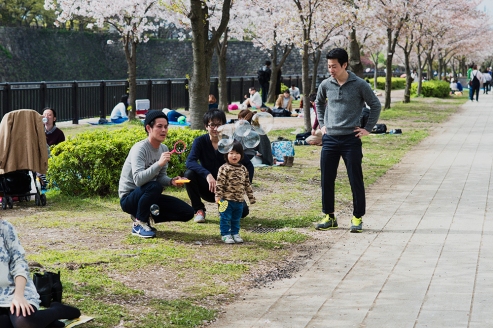 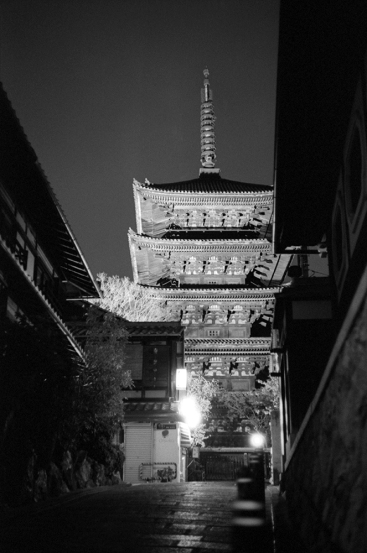 One of my favourite temple gardens 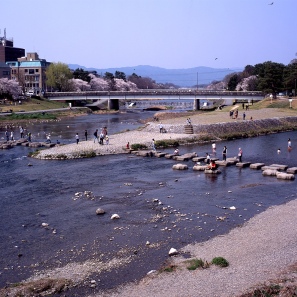 With kites flying overhead (the birds, not the toy), people enjoy the river near Shimogamo-jinja

The stage at Yasaka jinja

2 thoughts on “What was supposed to be – Easter in Japan”